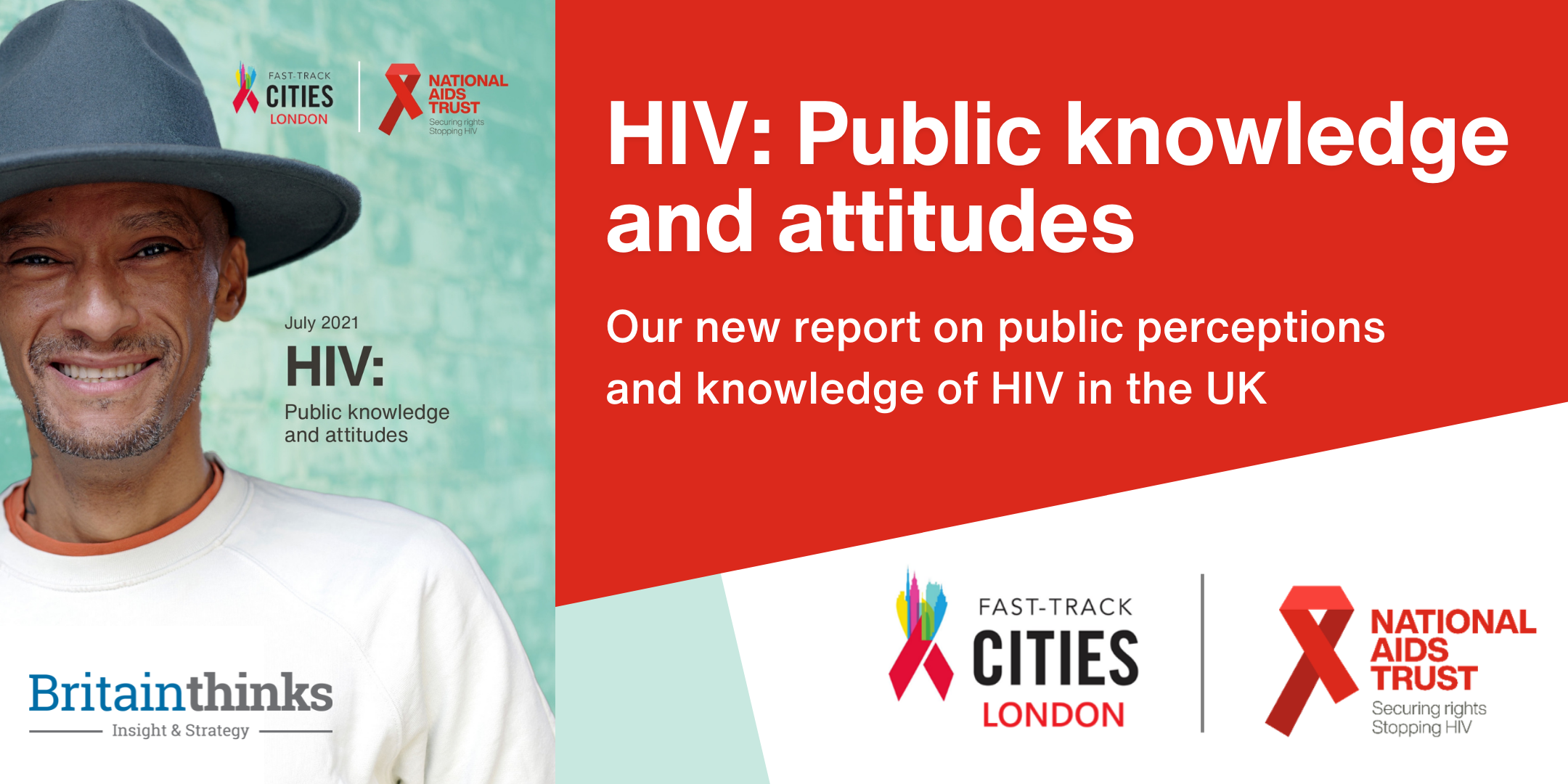 40 years of HIV and AIDS yet the stigma still exists

This summer is 40 years since the first reports of what is now known as Human Immunodeficiency Virus (HIV). The changes that have happened since then are monumental. In those early days, most people we saw died. Now, almost everyone lives.

Today, people living with HIV can live long, healthy lives with the virus if they are on treatment. What is more is that they no longer need to worry about passing it onto other people or their babies. Today we work alongside friends and colleagues who have been living with HIV for 30 years. Something that was unthinkable 40 years ago.

London and the UK are already leading the way globally in diagnosis and treatment. We now we want to be the first city in the world to end new cases of HIV. We want to get to zero new HIV infections, zero preventable deaths and zero stigma by 2030, while making sure everyone with HIV is living well.

This year Fast-Track Cities London decided to invest in a national survey to gather new data on the public’s knowledge and attitudes towards HIV. We might be on track to end new infections and stop preventable deaths, but there’s still some way to go to end the stigma and discrimination towards people living with HIV.

The National AIDS Trust (NAT) have successfully delivered polling on knowledge and attitudes towards HIV since 2000. We appointed them in January 2021 to lead and deliver this work in partnership with Fast-Track Cities London. National AIDS Trust commissioned BritainThinks to do the survey and research including community engagement with quantitative and qualitative elements, to give us the best possible picture of where the public’s knowledge is, why, and how we might change this.

This new data has given us the evidence we need to start to put together plans to tackle stigma and discrimination towards people living with HIV in London and across the UK.

Some of the key findings of the survey are:

For example, 83 per cent agree people with HIV often face negative judgement from others in society. However, many people do not recognise that their own views are potentially stigmatising.

Many people agree that stigma around HIV exists because of the link between HIV and behaviours considered taboo, like having sex without a condom or using intravenous drugs.

Stigma is also linked to low knowledge around how HIV is passed on and treated, and of course there’s a link with homophobia.

Most of the public say they would be uncomfortable having a sexual relationship with someone living with HIV. Although providing up to date information about HIV, especially U=U, seems to start people thinking about HIV a bit differently.

The public agree with policies that increase support for those with HIV, support HIV testing and reduce transmission. 9 in 10 people want there to be additional training for healthcare workers on HIV.

So, after 40 years of HIV, what has really changed in the public’s knowledge and attitudes towards HIV? Depressingly, many people still do not know about HIV, are confused by how it’s passed on and do not know that people on effective HIV treatment cannot pass on the virus. They do not know that medicine (PrEP) exists which people can take to prevent getting HIV. Many of their references are dated back to the 80s and 90s. They do not think about their sexual health, and they are not getting it checked regularly.

Sadly, many people have deeply entrenched stigmatising views either because they do not know about HIV or for reasons linked to homophobia, racism, and gender.

Fast-Track Cities London will be looking at this research in depth and working with all our partners, including the National AIDS Trust, to work on a plan to end stigma and discrimination by 2030.

This will not be an easy task.

Read the national report on HIV knowledge and attitudes here.

Co-Chairs of Fast-Track Cities London, part of the global movement of over 300 cities committed to ending HIV by 2030.

Professor Jane Anderson is a Consultant Physician in HIV Medicine at Homerton University Hospital and Barts Health NHS Trust. She is the co-chair of London’s Fast-Track Cities HIV leadership group. Her 35-year clinical and academic career in HIV medicine and sexual health has focused on underserved and marginalised populations.

Professor Kevin Fenton is London’s Regional Director of Public Health England, Regional Director of Public Health, NHS London and statutory public health advisor to the Mayor of London. Between 2005-2012, Professor Fenton was the Director of the National Centre for HIV/AIDS, Viral Hepatitis, STD, and TB Prevention (NCHHSTP), Centres for Disease Control and Prevention (CDC) and has worked in research, epidemiology, and the prevention of HIV and other STDs since 1995. Previously he was the director of the HIV and STI Department at the United Kingdom’s Health Protection Agency.