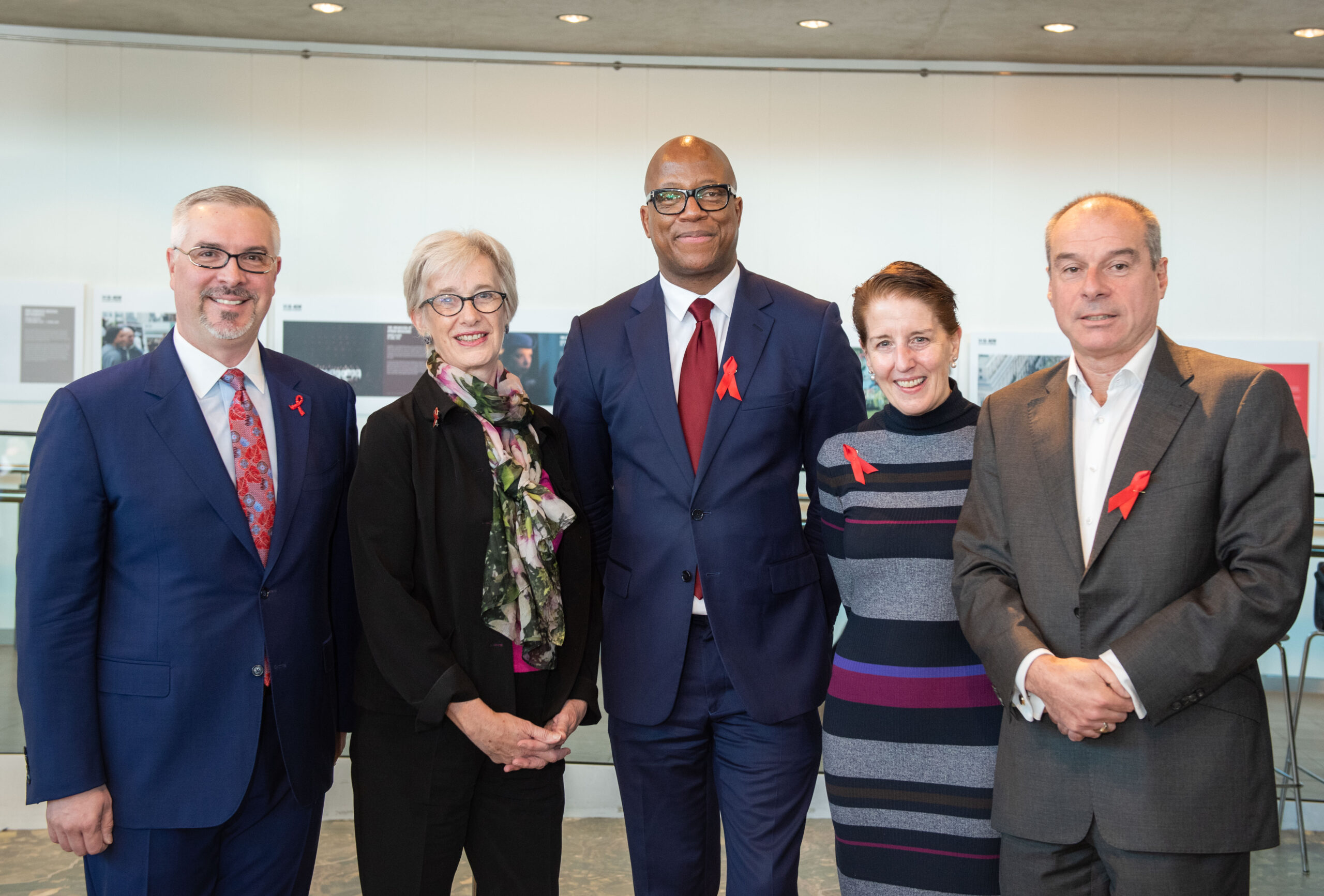 London’s Fast-Track City partners have come together at City Hall to mark World AIDS Day to share London’s progress on cutting the rates of new HIV infections in the capital and eliminating the discrimination and stigma that blights the lives of many Londoners living with HIV.

London Fast-Track City initiative and the International Association of Providers of AIDS Care (IAPAC)  announced that London will host Fast-Track Cities 2019, the first international gathering of more than 250 cities working together as part of the global response to eliminating HIV by 2030. The conference will be organised by IAPAC, in collaboration with the Joint United Nations Programme on HIV/AIDS (UNAIDS) and other partners, and will take place in September 2019 in London.

“London is leading the way when it comes to tackling HIV, but there is so much more to do if we are to end new infections. That’s why this year the Mayor signed London up to the Fast-Track Cities initiative and committed us to ending new infections by 2030. I am pleased that London has been chosen to host the first international gathering of Fast-Track Cities next year. This conference will be a valuable opportunity for cities to share progress and knowledge in the global effort to end the HIV epidemic.”

London has further exceeded the more challenging UNAIDS ambitions of 95-95-95, with 2017 figures now confirmed at 95-98-97. Nevertheless, HIV remains an important problem in London, with the infection impacting on Londoners more than any other part of the UK.

In 2017, an estimated 38,600 people were living with HIV in London (diagnosed and undiagnosed), with 5% (2,000) unaware of their infection. An estimated 1,549 Londoners were newly diagnosed with HIV in 2017, accounting for 39% of new diagnoses in England. While this represents a fall of 22% from 2016, more needs to be done to eliminate HIV in London and especially to reduce the numbers of late HIV diagnoses. PHE stressed the need for the public to accept the offer of an HIV test when attending a sexual health clinic or another healthcare service.

The Fast-Track Cities is a global partnership between more than 250 high HIV burden cities, the International Association of Providers of AIDS Care (IAPAC), the Joint United Nations Programme on HIV/AIDS (UNAIDS), and the United Nations Human Settlements Programme (UN-Habitat), and the city of Paris. The initiative was launched on World AIDS Day 2014 in Paris.

London became part of the global Fast-Track Cities initiative in January 2018, when The Mayor of London, Sadiq Khan, signed the Paris Declaration on Fast-Track Cities Ending the AIDS Epidemic, along with London Councils, Public Health England and NHS England.

The Fast-Track Cities initiative brings together those already working to tackle HIV across the Capital. Improved collaboration will help to ensure that communities affected by HIV can access the prevention, testing, treatment and support they need.

Since signing the Paris Declaration in January 2018, the London working group, supported by Healthy London Partnership, has started to bring together organisations, communities and individuals across London who can play a role in meeting London’s HIV ambitions.

Tackling HIV related stigma is a key priority in the Mayor’s draft Health Inequalities Strategy, ensuring those living with HIV can live their lives without discrimination and breaking down barriers to early diagnosis.

London has also been working with The International Association of Providers of AIDS Care (IAPAC) to develop London’s Fast-Track Cities Initiative dashboard. The dashboard tracks London’s progress in further improving its HIV response.

Read the stories of people living with HIV as part of the Positive Voices survey and Changing Perceptions project.

Is HIV Sorted? survey commissioned by the International Association of Providers of AIDS Care (IAPAC), the core technical partner of the Fast-Track Cities initiative, and Gilead Sciences: